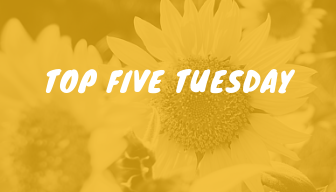 It’s the second to last week of the alphabet Top 5 Tuesday and yet again I’m excited for the challenge! I’m a little scared for next week because it will the most difficult letters to match. Top 5 Tuesday is hosted by Shanah @ Bionic Bookworm. I highly recommend going to her site to check out future topics for Top 5 Wednesday!

P – Pride and Prejudice by Jane Austen – It’s been a while since I’ve read this book but I really loved it! It started my obsession with Jane Austen for the longest time! I even have my old high school mass market paperback copy!

Q – Queen of Shadows by Sarah J. Maas – This book was my lowest rated in the Throne of Glass series coming in at a whopping two stars. I love this series but I have a really weird relationship with it. I want to go back and re-read the series knowing how it ends and see if I would still rate it the same.

R – Red Rising by Pierce Brown – Let’s face it there are plenty of other books that I’ve been read that have had R as the first letter but this is the only one that really counts. Red Rising is one of my all time favorite series even though it’s probably one of the darkest series I’ve read.

S – Seraphina by Rachel Hartman – I read Seraphina before I got heavily involved in the book community and absolutely loved it! Seraphina and the original Grisha trilogy were the books that introduced me to young adult fantasy outside of the Harry Potter series so I will always have a lot of love for Seraphina.

T – Twenties Girl by Sophie Kinsella – It’s been a long time since I’ve read this book but I remember having so much fun while reading it! It’s a really weird concept for a book. Basically a woman in her twenties, Lara, gets visited by the ghost of her great-aunt Sadie requests that Lara find the necklace she lost years ago so that she can rest in peace. It was weird but at the time it was a lot of fun!

View all posts by abunchoflessonslearned 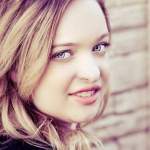 Hello Everyone! Welcome to my blog!! My name is Lauren, I’m a teacher, a Gryffindor, and science fiction and fantasy reader. I am a Hard of Hearing Book Blogger and I love promoting and reading books featuring Deaf and Hard of Hearing characters. I hope you will take a look around and please know that I’m so happy that you are here!